nOVEMBER 30, 2010,   DISMISSAL of golin’s civil suit REVERSED ON APPEAL IN CURRENT State ACTION!!  In a stunning reversal, the Golins have revived their civil suit and restored their access to the trial court!  Despite the confusion and noise generated by the State defendants for seven years, the Court of Appeal agreed that there was more likely than not to be merit to their case, and now the case may move forward again, despite three years of languishing in the appeals court. 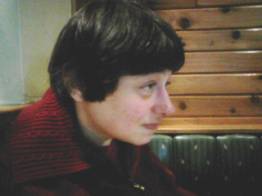 Sixth District Court of Appeal in San Jose, California, at the Tenth Floor of the Comerica Building at 333 W. Santa Clara St. Suite 1060.  The panel will consist of Presiding Justice Rushing, and Associate Justices McAdams and Duffy. Mr. Beauvais will argue for the family. We are grateful for this opportunity and hope for the best. Please join!

11/28/09 Our appeal was filed in California’s Sixth District Court of Appeals in San Jose in February ‘08.  Case was fully briefed in April ’09.  We are awaiting calendaring of oral argument. This has been a very long wait, but court dockets are clogged. We are prepared and our briefs are fully responsive. Right to oral argument when requested and full opinions are required by California Rules of Court and Constitution. For details, see “Court Documents” Tab.  The decision will be based entirely on legal issues, which we assert weigh completely in our favor. We are not going to comment further, other than what is in our briefs, until the court decides. More details then.

11/16/07 First Hearing before Judge Byrne, 170.6 peremptory challenge is denied on timeliness grounds, state tries to pressure judge to grant tentative motion on vexatious litigant motion before he has read moving papers, but Judge puts motion over until Tuesday for evidentiary hearing. Will read papers this weekend. Motion to hold off on more motions until the vexatious litigant motion decided, but judge does not rule out additional pleadings or opposition papers being filed. Judge Byrne expresses genuine interest in the case, but no telling for sure until he starts to make dispositive rulings.

10/11/07 Court finally announces assignment of Hon. J. Michael Byrne, originally from Los Angeles, retired Judge now residing in Calistoga, North Napa County, for all purposes in this case, for 30 days. Next court hearing date is changed to November 16th, 2007. (How can he do discovery and trial in only 30 days from Napa County, or doesn’t he intend to let that happen?)  Defendant City of Palo Alto files desperate motion to try to declare plaintiffs as “vexatious litigants”, (after Golins file brief dispositively torpedoing their frivolous anti-SLAPP motion for being out of time), even though the Golins meet none of the threshold statutory criteria, have been and are now represented by attorneys, and have never before been so declared. All the frivolous motions appear to be coming from the defendants, clearly.

10/5/07 Golins file motion to change venue to be heard on November 5, 2007, based on new circumstances of court recusal and other things, and equitable doctrine of forum non-conveniens, and a renotice of motion to reconsider GAL orders.  Court still has not assigned a new judge, despite the normal 1-day turnaround time, and is resisting providing one.  The court relents nevertheless and allows motions to be filed calendared for the November 5, 2007 date, approved by the calendar clerk.

9/21/07 Judge Breen recuses self after petitioners’ filing of Petition for Writ of Mandate in Sixth District because of Judge Breen’s refusal to bow to effective challenge for cause (CCP §170.1), one hour before hearing, expressing sympathy for defendants and thus openly admitting bias.  Sets new hearing date from someone’s unknown calendar, which occurs during vacation of specially appearing attorney Beauvais on November 5, 2007, despite plaintiffs’ objections. No word concerning a guardian ad litem for Nancy so she can be represented in court.  Attorney General produced a long list of motions that they had intended to hear, throwing the case out of court on various procedural grounds.

9/19/07 Golins civil rights lawsuit for damages against the County of Santa Clara, San Andreas Regional Center, City of Palo Alto, Stanford Hospital and others is now approaching its 4th anniversary next month.  It has been in State Court for 17 months (Santa Clara County Superior Court Case No. 1-07-cv-082823).  So far, we have still never seen discovery or trial on our and Nancy’s damages. All parties were served a year ago and all but three have appeared.  We are now in demurrers on our first amended complaint, where a judge will decide if the case will go forward to discovery and trial or not on the basis of the legal grounds and allegations in the complaint.

The state case started out in Sacramento, and at the insistence of Santa Clara County it was moved to San Jose in April. We firmly believe from experience it is impossible to have a fair proceeding, either trial or pre-trial, in Santa Clara County, due to the power and influence of these entrenched local defendants. We have asked for a transfer of venue to a nearby neutral county such as Alameda County (Oakland) or San Francisco Count , most recently on equitable forum non-conveniens grounds,  but so far our requests have been denied.

As if to confirm that fact, to date three Santa Clara County judges (Murphy, Hyman, Cabrinha) have been challenged for cause due to a showing of conflicts of interest and one recused (Murphy) when his conflict was challenged.  That was until August 8. On that date, all the judges in Santa Clara County recused themselves, due to one of the defendants in this case being appointed a judge by Gov. Schwarzenegger (!)(Jaqui Duong, from County Counsel) on July 23. A new out of county retired judge, Hon. Thomas P. Breen, from Hollister, was assigned to the case to sit in Santa Clara County. Our first hearing with Judge Breen was held on August 23, 2007. We reiterated our request for a change of venue, because if there is no judge qualified to act then why are we there?  Because Judge Breen is not available except on noticed scheduled court days, it is impossible to have emergency (24hr.) ex parte hearings.  There is no other judge that can act on them in the courthouse. There is no discovery judge available, and no probate judge to appoint a guardian ad litem for Nancy.  In addition, Judge Breen is not allowing any oral argument on the motions, even though he is clearly confused on the simplest points of law he has ruled on so far. This is unworkable.

Now, on Monday we found that Judge Breen has a prima facie conflict of interest, too, in that he is a trustee for an affiliated state agency, Gavilan College in Gilroy/Hollister in a lawsuit against the State represented by the Attorney General!  As such there is an explicit provision in the code for disqualification for cause that applies to him (CCP §170.1(a)(4)).  Judge Breen was formally challenged on Monday, September 17, 2007, before hearing.  Judge Breen decided to disregard the challenge and go ahead in spite of the conflict of interest, claiming that the challenge was too late.  He did not file an Answer.  A CCP 170.1 is not untimely if it is served at the earliest practicable opportunity after discovery of the facts supporting grounds for disqualification, which was done. Judge Breen nevertheless intends to go forward in demurrer hearing on Friday September 21, 2007 where he could dispose of the entire case, even though he does not dispute the facts supporting grounds for disqualification!  If he does all his rulings are void or voidable, and he had a duty to inform us of these conflicts before we found him out.  We are therefore about to file a writ of mandate to ask the Sixth District Court of Appeal to force Judge Breen out.

Fortunately, now, we are specially represented locally by veteran civil rights attorney David J. Beauvais, of Oakland, who made his first appearance on Monday, September 17.  Mr. Beauvais believes we have a difficult but righteous fight on our hands, affecting many similarly situated victims of guardianship laws.  He is seeking other attorneys to join him, and additional funding to proceed. He will appear again on Friday, September 21. He believes this case will be great in front of a jury; apparently the opposing side believes that as well because they will not let us get within sight of a jury.

In addition, the County and SARC have continued to thwart every effort to reappoint a legal representative (guardian ad litem) for Nancy, while demurring that her case should be thrown out without discovery or trial because she has no standing in her own lawsuit and thus her claims cannot go forward! They have gotten Elsie, Nancy’s mom, removed twice, because she was doing too good a job and finding out things that SARC did not want discovered.  Judge Breen has offered no solution to this problem and we are now approaching demurrers without Nancy having any legal representative.  The County and SARC have insisted that they have veto power over appointment of any GAL that represents Nancy and really wants no one to represent her so they can throw her case out of court. In the alternative, if the defendants pick their own GAL for Nancy, she would have the standing to dispose of all Nancy’s claims without a single witness appearing or a single juror sitting.

Visits between us and Nancy have dwindled to a trickle, due to the limited availability of our friend and “visit supervisor” to monitor these jail- like visits, perhaps only one hour per month.  We cannot monitor her care or condition, cannot take photographs and cannot leave the group home while we are visiting.  No relief from these conditions is being offered or in sight, even though we have done nothing wrong.

The State is hiding behind a thicket of procedural barriers, armed with a battalion of high-priced white-collar criminal defense attorneys, insurance firms and the State Attorney General’s Office, to try to keep this case from reaching discovery or trial.  They have never denied these claims on their merits.  But they don’t appear to think it matters as long as the proper rules and forms are followed in their favor.  And the rules are their rules, which are not supported by the legislature.  For example, they want the case thrown out because they claim that Nancy has no standing in her own case but will not allow her to have a representative. The State will not attempt to settle.  They have the taxpayers’ bottomless pockets to pick to go on fighting forever, no matter how wrong their cause is.  Taxpayers should revolt against this misuse of their money and their judiciary!

SARC has filed one motion claiming the lawsuit is nothing but a SLAPP (Strategic Lawsuit Against Public Participation) suit, asking the judge to throw it out without hearing any evidence, an outrageous abuse of process, and suggested that they “might have to have the parents declared vexatious litigants” even though they do not meet even one of the legal criteria.

These legal conditions are so bizarre, so whimsical, so repulsive and unconstitutional, as to excite and shock the conscience of any concerned ordinary citizen who may be in a court of law any time in the future, and completely undermine his confidence in the judiciary. --JRG