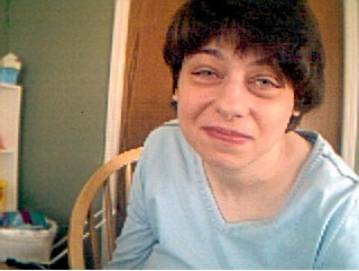 What can YOU DO TO HELP?

Our first goal is to IMMEDIATELY free Nancy from her current inhumane conditions and bring her to a peaceful home setting where she can rest and receive intensive rehabilitative help, under expert board-certified neurologists and orthopedic doctors. You can make this happen with your letters and phone calls! We’ll show you how.

Who can do this?

The State of California has forced Conservatorship of Nancy!  That means that the State of California has complete control over her, can release her any time. The State has and is terribly abusing Nancy and her constitutional rights, yet may of course, stop the abuse at any time.  As it is, Nancy can be, and is, repeatedly injured at the hands of the State Actors and the abusers have a “get-out-of-jail free card.

SENATOR JEFF DENHAM CONTACTED IN AUGUST 2005 HAS COURAGEOUSLY TRIED TO HELP BUT DESPITE HIS EARNEST EFFORTS WAS NOT ABLE TO GET THE COOPERATION OF THE GOVERNOR OF HIS OWN PARTY, ARNOLD SCHWARZENEGGER.  MAYBE NOW IN 2011, WITH JERRY BROWN IN CHARGE, A POPULIST DEMOCRAT WHO WAS FAMOUSLY KNOWN FOR HIS PASSION FOR CIVIL LIBERTIES INTERESTS, WE CAN GET SOME REAL ACTION.

five months of pursuit giving him nothing accountable in request for simple questions:  Here, Allenby mistakenly thought that there were no further appeals to the Supreme Court possible, and this shows just how flippantly the Golins would be treated by DDS if their appeals were lost. Allenby basically says, “we asked ourselves if anything is wrong, we believe we can do whatever we please with your daughter since we own her now, and we find everything is fine so go get lost”. Meanwhile he continues to break State laws without challenge. Parents filed their petition to the US Supreme Court on December 14, 2005, they were denied certiorari and now they are suing in State Court, since May 2006.

Who can direct the State to release Nancy?

Governor Jerry Brown is California’s new CEO.  Welcome back, Jerry!  Jerry can direct the State to free Nancy by Executive Order. No Court issued any orders to the State to take any particular course of action in regards to Nancy, so Schwarzenegger does not have to 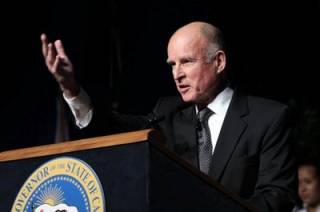 interfere in any separation of powers. If Jeb Bush had had his way, Terri Schiavo would doubtless be alive, and her substantial settlement award money would have finally been used for its intended purpose, for her own rehab care, and Terri would be at least well-started on the road to recovery, rather than suffering the hideous and bizarre protracted death-by-dehydration decreed by her ex-husband.  In Nancy’s case, Jerry can, with the mere wave of his pen, release Nancy from her State-imposed bondage and continued abuse; he already has that power to free Nancy.  We hope that with sufficient public encouragement, our new Governor will immediately put a stop to the widespread illegal psychotropic drugging, rapes, assaults, and physician abuse being perpetrated on a widespread basis upon the harmless developmentally disabled. There was never a response from the Governor Schwarzenegger’s office, and the parents were told by his office that the Governor can not speak to them “due to pending litigation”, supposedly.

Maria Shriver was also a Kennedy, and daughter to Sargent 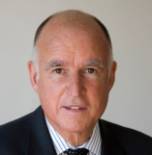 and Eunice Shriver, organizers of the Special Olympics.  Dir. Allenby hoodwinked Maria Shriver’s office after we

contacted them in mid 2004, telling her that the reason Nancy was for all practical purposes kidnapped by his agents was that Nancy supposedly was in poor condition because we were unable to care for her, and “she had to be taken to the hospital”.  This was an outrageous lie, concocted by H. Dean Stiles, DDS’s cynical attorney, to cover up the fact that Nancy was in fine shape and taking her to the hospital when there was no probable cause to do so was the actual misconduct: abusive, unnecessary and unconstitutional, as was proven in court.  Jerry might not be so gullible

Why would Jerry want to do this?

In  California, State agencies have forged a cozy relationship with state vendors in order to reap huge financial benefits for private individuals.  It's a dirty game with lots and lots of outstretched palms. It spreads corruption statewide. The victims are our most helpless citizens: the elderly, developmentally disabled adults, handicapped people. These employees

have forged a cozy relationship with their vendors swindling taxpayers by pursuing these litigations against families with their unlimited legal budgets so that they can profiteer from the suffering of people dragooned into state care, usually even subjected to brain-damaging psychotropic drugging for kickbacks.  It’s a “protection” racket with its own state mafia, and its time the public wised up to it. All across this state, families are under attack by County child and adult “protective” services and State agencies and vendors, and families are fed up!  Enough is enough!

Let’s let families help out when they want to!

Tell Jerry we want the State to stop abusing our families and sending us the bill!  Families are a great bargain for the taxpayers and families need protection, too!  If people need care, they should get as much as they need, but they should not be forced to take underqualified doctors, brain-damaging drugs, or boondoggle “services” that are unnecessary and just waste money. Of course we are against “abuse”!  Who isn’t?  But let’s not let state vendors and agencies turn the hunt for “abuse” into a witch hunt against families that puts money in their pockets.  Unnecessary removal of children from loving and caring families, under color of law, is among the worst forms of abuse. Children need the security of a family, which gets ripped away from them capriciously by the State. That is what is happening.  If families want to do the job themselves at home with a little support from the state, that's a huge bargain for the State for less than half the cost, and they get cared for in a loving environment with their relatives and friends, which is a "priceless" plus. CPS, APS, and the Regional Centers all should step aside and let caring families do what 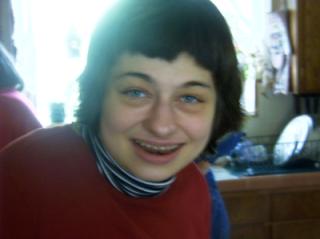 they do best, caring for their relatives at home with State supports and stop making prisoners of our cherished children for a buck. Lets give the State an incentive to keep children at home instead of huge monetary incentives to kidnap them into the state system.

Let’s show Jerry one way he can be a hero, again!

SO let's tell Jerry how he can save taxpayers money and stop abuse by the State at the same time, AND STOP PRIVATE PROFITEERING.  State care, in fact usually much worse because nobody polices the State.   Write letters, publish articles, ask Jerry to look into this, and ask him rescue Nancy and thousands of others from these state "girlie-men," as the super-action hero “Ahnold” used to play in his movies. Goodbye Arnold!  Jerry needs to do a thorough housecleaning to shape up waste and fraud in state government, and this is a great place to start.

Talk about the Courts and how they can put the Constitution to work for everyone!

The federal courts looking at this know they have a very difficult and complex set of issues that they would prefer to avoid having to deal with, and a heavy calendar.  The higher courts lost a lot of credibility with the nation over Schiavo, which they must be agonizing over. Courts are sensitive to political as well as legal issues and from decades of neglect they have abdicated interest in family constitutional civil rights to state courts that they are starting to wake up and respond to, as witnessed by  current cases.  Constitutional law is based on the highest idealism with many of these federal judges being idealists that care deeply about it and want to do the right thing, even if they stumble from time to time.  However, federal courts are overworked and understaffed. Publicity will help them make the tough decisions for so many that need relief, and get them to talk to their wives and children about this issue.  Again, publicize the plight of those helpless people such as Nancy in abusive conservatorships who are having all their civil and legal rights stripped from them, as they were in Terri Schiavo's case.  We cannot call ourselves truly civilized and a free people if we fail to protect those cherished liberties.

Support Nancy Golin and her cause with your generous donations to our fund that is set aside for legal advocacy, investigation, lobbying and education, conservatorship reform, and for her rehabilitation and recovery.  Nancy is going to need a lot of help recovering both physically and emotionally from her traumatic ordeal, and is going to receive the best of care and therapy so we can all see her smiling and happy again.

Nancy is about the pursuit of happiness, and anyone can play that game whether they are children or elders, handicapped or disabled.  What else is life for?  Think about it! Is there anything better than that? It’s not about wealthy state conservators lining their pocket for private enjoyment, cynically playing on misguided public sympathy and naiveté.

We often receive suggestions that we simply accept what has happened, or “learn to play the game”.  This is not helpful.  Please do not suggest we compromise.  We are not at liberty to compromise on Nancy’s freedom, because she trusted us and we cannot let her down.  We work for her. Compromise is not an option. Nancy wants desperately to come home and so we cannot betray that trust.  We are her only advocates at this point.  We have no choice but to keep on seeking her freedom.  We need more people to help her.